Simla, it was believed, was an “English production designed by Sahibs for the Sahibs, without reference to any other consideration…not even Maharajahs.” Where even the Maharajas didn’t count how would the children of the lesser mortal stand a chance of taking any part in “English production” called Simla.

Was it not correct, in this context, for Kipling to describe Lower Bazaar as a “rabbits-warren at an angle of forty-five”!!! And this epithet for the lower Bazaar stayed ever since in the memory of everyone connected with Simla.  Not even in the memory of anyone who had the least idea about life in the Lower Bazaar but honestly speaking….I, too, though t the same when I became conscious of the big living quarters of some of my friends!! The description “rabbits-warren at an angle of forty-five”  found its way in the official document of the Raj period, the guidebooks and all other descriptions where the Lower Bazaar had to be referred to.

No one thought of knowing anything beyond what was popularized through all this “description” of the native quarters.

But the truth must be told about the loving community of people who lived in these narrow lanes of the Lower Bazaar. I can look back and reflect with love, longing and gratitude of a life lived in these lanes amongst people where love came unasked, care and compassion were extended to one and all….

Amma was heavy with a baby….a son that she so much craved for…Shiva had been merciful and had listened to Bauji’s prayers… We, the daughters of the home, were ecstatic waiting for a Murphy baby calendar like Chhota bhaiyya in our home!!! 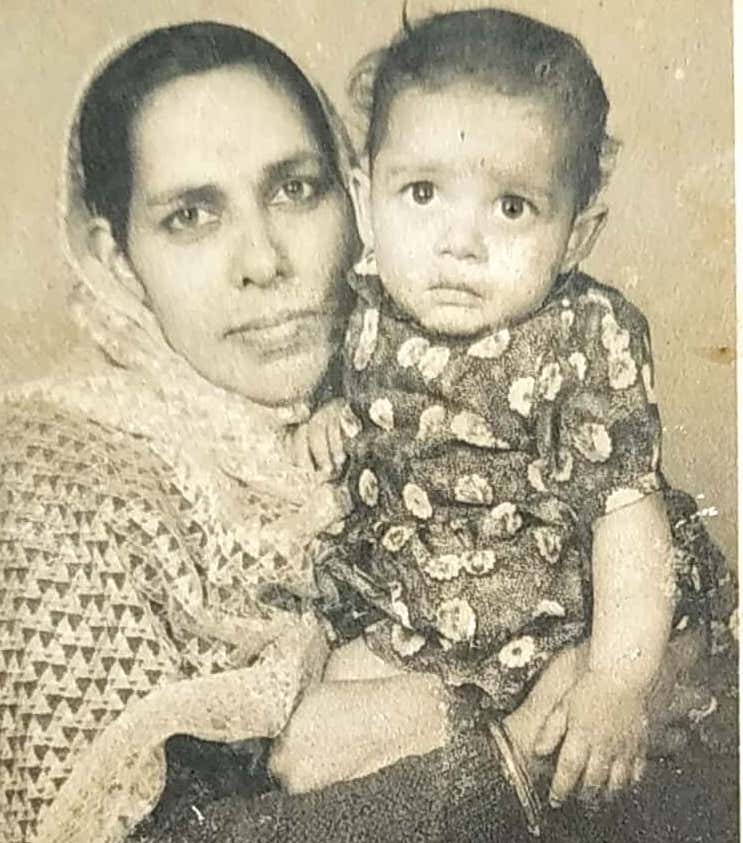 And finally, in March, 1965, Bittu was born….this name was a very popular one at that time and we loved to name the new born baby Bittu!! But he soon fell ill….jaundice… Amma was frantic. Bauji was much worried and we were perplexed! Bittu was born after nine years after my birth, and a baby boy, so he was a very precious child! Doctors, Vaids, Hakeems and Pandits…all were consulted! Bauji went all the way to Totu to a soothsayer who would predict whether the house we lived in was good or was shadowed by some misfortune!! And he told Bauji that the house needed to be cleansed of some bad influence and the baby boy needed to be shifted to some other place till a Yajna was performed in the house.

And the Lower Bazaar homes, in our humble neighborhood, the so called “rabbits-warren at an angle of forty-five” came up with all possible solutions. Leela Bhenji, our immediate neighbor, offered one room, which had entrance from outside, as a makeshift place to live for Amma with her newborn baby!!

What magnanimity the residents of our loving neighborhood displayed. Amma shifted to a room in Leela Bhenji’s home along with the infant son cuddled to her bosom. It was just not that Amma had shifted….we, too, would be all the day there with Amma. The midwife would come to massage Amma and so would the elderly women of the neighborhood!

Being much greedy I would wait for the mohalla Massis to come with a lota full of thickened milk, simmered for hours on low heat….turning creamy in colour and texture! The softened dry fruits with the desiccated coconut would make it better tasting than Nathu Halwai Barfi that I so loved! I would wait for them to depart giving a lot many directions to Amma….and would put my finger in the lota, lick it to taste the Rabri like feel of the milk.

The room would be kept warm… and it had become a home to us. Meanwhile at our home…the yajna would go on…cleansing it of any negative influence. The crux of the story is that I never thought of much at that point in time of the magnanimous offer made by Leela Bhenji’s family. I never thought of the inconvenience that the entire family must have gone through. I always thought that their house was big. But later on when I would visit their home and would look at that small room in that house, I would be wonder how could anyone offer a room to your next door neighbor for around a month!!!  Isn’t it what love, compassion and empathy is all about! These were the terms which we had not listened to when we were small….leave alone knowing the spellings of these words except “Love”! But these were the terms that we experienced in those small houses in the narrow lanes of Lower Bazaar Simla in the Sixties!!

So, when I read about Rudyard Kiplings to describe Lower Bazaar as a “rabbits-warren at an angle of forty-five”…. and the Angrez log to smirk at the natives living a wretched life in those cubbyholes….I thought of the love, compassion and benevolence that ran freely in those narrow lanes!! What a life it had been but I am appreciating it more being much distant in time and space while decrying and despising it much when I was immersed in shallowness of pretensions and snobbery of young age!!