Whenever I pass through the Mall near State Bank of India and look fondly at Hotel Dalziel, I am transported to a different era, the days of my childhood, when I was admitted to Lady Irwin Girls Higher Secondary School known these days as Dayanand Public School. I stand a while and relive many of the glorious and not-so-glorious moments of my school days. I remember my teachers and owe them a silent thanks for making me what I am today–a non conformist and a rebel for a cause! I need to pay my homage to all those people and places that helped me develop a character and an attitude! 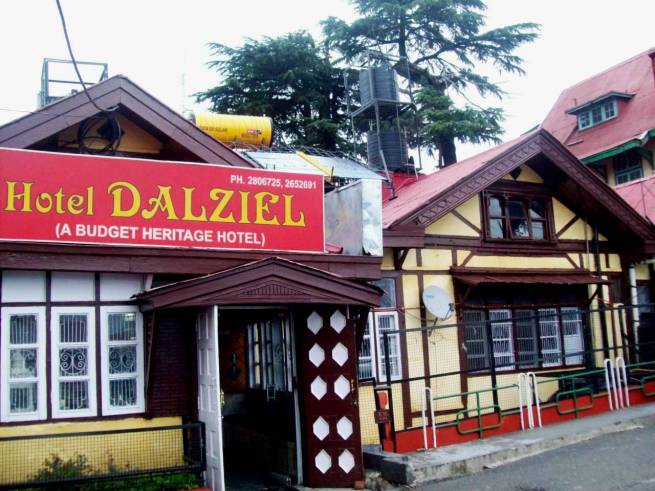 I was perhaps four years  old when my Amma decided that it was time for me to go to school. I had recouped from leg fracture and had a strong hind limbs courtesy the oil massage that Bauji would do to my legs in the evening, Perhaps Amma’s recipe of giving a little of mixed in milk also had done wonders to give strength to my bones. Two months stay in the Snowdown hospital known today as IGMC Shimla had given enough rest to my body, especially legs! Whatever the curative treatment may have been but when I was able to walk properly, after my plaster was removed and the doctor pronounced me hale and hearty,  Amma and Bauji wanted to send me to school , and why won’t they decide to send me to a school where my elder sister was already studying.

Looking back I can see that  perhaps  Amma was overtired by my incessant demand for stories and an urge to know more a la, “keh maa ek Kahani..Raja tha ya Rani…” Perhaps exasperated with my curiosity to know more and more about anything and everything tired the lady more than the household work would do and it was a wise decision on their part to send me to a school. Stories kept me hooked to the house otherwise, as Amma would tell me later on, I was more of a vagabond child, always on a look out for more adventurous expeditions in and around our neighbourhood.

Story telling which started as way to hook me to the periphery of my small house became a addiction for me and pain in the head for my Amma! Thankfully I had become considerably notorious for my adventure of taking a jump from the second storey of the house, landing straight down in front of a shop that everybody knew me for good or bad reasons. This made my Amma carefree that I would lost myself in and around my house. I was a known figure, the girl who jumped to fame! Looking back I can see clearly that my jumping from a window, a feat that no other child could undertake in my mohalla, had given me advantage over other children for whom I was courage and bravery personified, a girl like Jhansi ki Rani in valour! Those were the days when if you were good you were compared to great National figures and if you were bad you were derided and compared to the Angrez Saabs, cruel and manipulative. Luckily for me I had come to share dias with the known Indian figures and that, for a while, made me a heroine, though dark in complexion. I was truly an Indian heroin!

It was in the month of March when admissions in schools take place in Simla and I was taken to Lady Irwin Girls’ High School where my elder sister would give me company or competition. But this time I was the one who came with added qualification tagged to her name. “This is girl who jumped from the window!” Teachers familiar with my Amma would ask her, eying me with a bewildered look. I thought them to be admiring my courage and would give them a broad smile whereas my Amma thought them to be sneering at my foolish act. My Amma was afraid that I may not be denied admission on the ground that who would handle a girl who had bad precedents attached to her name! Amma displayed my saleability by telling the teacher, “she knows all the alphabets A, B, C …. and one, two, three till hundred,” and added gleefully, “she can even add and subtract and knows tables also!” The teacher was a wise one and after asking me some questions about what my Amma had claimed my knowledge base to be, she talked to my Amma in a friendly manner, “Why you want to get her admitted to nursery class when she already knows so much.” Amma felt bewildered and thought that it must be an intelligent way to decline admission ot her truant daughter whose anecdotes had already made rounds of the school! But the teacher was genuine in her concerns and suggested, “Why don’t you admit her in K.G  class straight way, she will save a year.” Amma was happy, very happy and in her happiness she never noticed that I was, once again, deprived of the pleasure of being in nursery class of Lady Irwin School. My sister had talked so much about that room which housed the nursery class that I wanted so much to be inside that room. It was a spacious room, just opposite to the Principal’s room. The room had a big window or perhaps it was a big door with big window panes opening to a small area where the other door opened to the main part of the building. The window panes to the nursery area had white net curtains and inside was a dream world that any child of my age would love to enter. Groups of four small wooden colourful chairs around a small table, kept at some distance would made the class of nursery stand apart from all other classes. For a child like me who had come from a tiny small house in Lower bazaar, where we didn’t have one single chair in our small holding, sitting on such chairs was nothing less than occupying Viceregal chair! It was a life that I had dreamt about all the while, perhaps it was the only temptation that school life held for me. And what to say of toys that lay scattered on the carpet covered floor of the nursery class—they were just wonderful! Toys the like of whom I had seen displayed in the show window of Janki Dass and Company’s shop.

Amma was so biased towards me, so prejudiced that she would do anything to deprive me of what I had dreamed of all the time ever since my sister had described this new world to me! “She doesn’t love me,” I rued! I was angry, almost in tears that I would not be able to sit and enjoy a world that signified to me the world of Angrez Sahibs! Why this partiality? Perhaps all this may not make any sense to a reader today but I am talking about an era when Kursi or a chair was always associated with Angrez Saab! Many a times, I had heard a sarcastic remark in almost all the households of our neighbourhood, “You want a chair, are you a Laat Saab?” There was a strong connection between chair and a Laat Saab and here my Amma had deprived me of a chance to sit on chair, be it nursery chairs!

My tears dried in my eyes and no one noticed them. One noticed tears when they came out from green coloured eyes and find their way down through rosy white cheeks but who cares when the tears wet a dark hollow cheek. Prehaps my hollow cheeks had absorbed my tears! Amma was happy that not only she would be able to save a year’s tuition fee but her daughter would complete her class tenth at a very young age. She was just ecstatic as she would have something great to share with my Bauji when he would come in the evening from the office. And nursery fees was more as compared to the fee that one had to pay for K.G. class. But K G. Class had desks and benches that one shared with other students and not individual chairs that one occupied majestically in nursery class. But who cared for what a small girl had dreamed of and was looking forward to. I was admitted in K G class of Lady Irwin Girls High School, Simla!